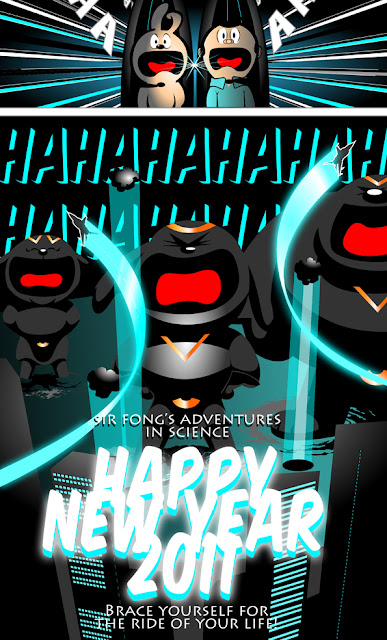 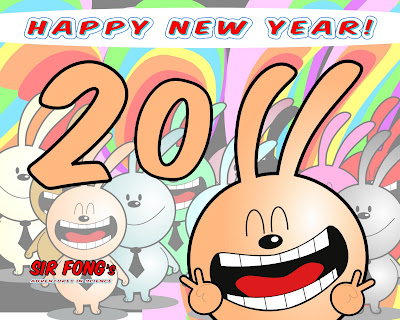 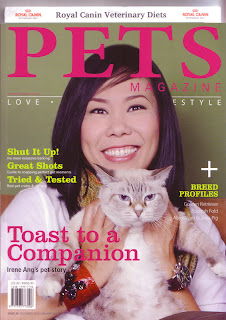 Click here for Online Interview!
Sir Fong Book 3 is reviewed in the latest issue of PETS Magazine (picture below)! 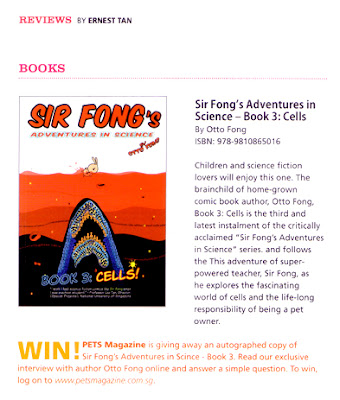 Mom and Dad, are you proud of me now?


A funny thing happened the day after the STGCC. I went home to see my mom and dad.
I was brimming with pride. They saw with their own eyes how kids from last year came rushing to my booth for the latest book. They saw those who bought one book earlier came back to buy the other two books. They saw I was doing quite well.
But this is what they said to me after we met on Monday: "we can see that the kids really love your stuff, but the market is probably still too small to sustain your livelihood."
At that moment, I felt like a small kid coming home with my latest test marks, shoving the test marks in my parents' hands, "are you proud of me now?" I remembered how they'd ask, "what mistakes did you make this time?" "Where did the 5 marks go?" "Who did better than you?"
Thankfully, I'm not a little kid. And here's what I realise: if I seek my parents' approval like I did decades ago, I will find only disappointment. My parents' doubting of me is an extension of their self-doubt. "Is this kid of mine good enough? Did I do right as a mom/dad?"
For those of us who find this familiar, I can only say this to you as I've said to myself, "honor yourself as your parents' greatest achievement,  stand by your convictions even when they doubt you."
Thank you for reading. Love yourself, love your parents even when they have nothing good to say about anything you do.
Posted by otto fong at 9:06 AM No comments: 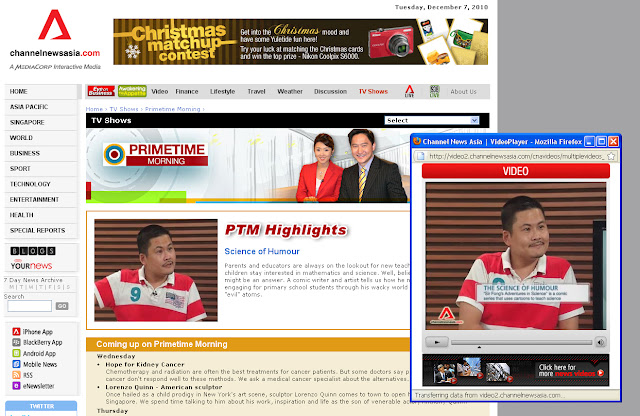 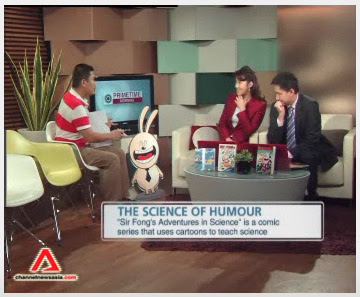 An Open Letter From Sir Fong to Readers + Sample pages from Book 3! 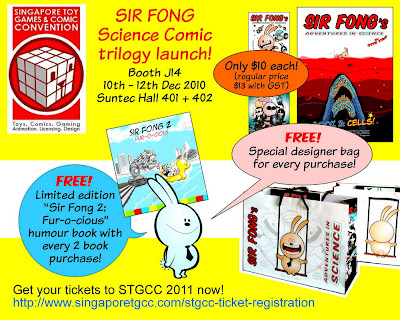 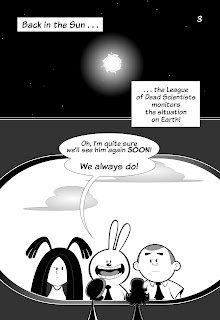 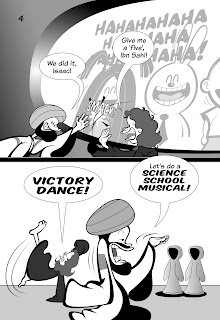 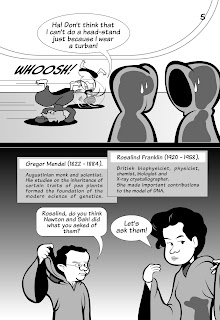 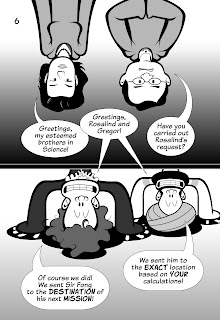 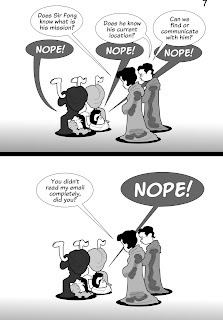 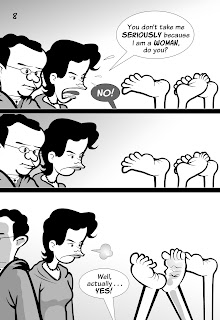 Sir Fong comics
A senior teacher in a leadership position of sorts commented that Sir Fong comics is entertaining and fun, but may not be suitable for the students in her secondary school.
Her view is perfectly valid, if you see education strictly in terms of learning subjects for passing exams.
But if you understand that education is holistic and diverse, then perhaps Sir Fong comics can have a space in your school bags and shelves.
“Sir Fong” comics are not intended to replace school textbooks. They do not duplicate what school textbooks can do.
One thing our textbooks cannot do - and this has been proven by the mass desertion of textbooks after exams year after year – is to inspire passion in the subject.
Why did Sir Fong leave RI?
When I quit my job as a Science teacher in RI, many saw that as a termination of what I stood for and believed in. They felt that I had given up on an opportunity to continue inspiring future science workers. They don’t understand what I learnt in RI.
RI asks its students not just to excel, but to be leaders. While the primary focus is on the students, I can say that some of that philosophy has rubbed off on me as a teacher there. Even after their stint in RI, RI teachers and school leaders move on to their new postings to become leaders in other schools or organizations. Our roles do not terminate with their contract – our roles expand.
After 3 years of forgoing a regular pay, 3 years of creating my comics regardless of the rain or shine in my heart, taking one step forward a day at a time, I have created my dream sci-fi comic series: the basic “Sir Fong” trilogy.
The trilogy took on the basic topics in the 3 sciences: Physics (Light), Chemistry (Atoms) and Biology (Cells). The goal is to engage readers not just intellectually (head), but emotionally (heart).
The strategy is simple: use characters that are incredibly cute and funny, some important science concepts in the syllabus, and throw them all in an adventure. That’s not far from real life: scientists are motivated when crisis descend on mankind – and the rush to find a solution is as thrilling and as dramatic and as unpredictable in my stories.
Sir Fong = Art + Science = Heart + Head
That strategy also works! The Japanese manga “Doraemon” and “Astroboy” inspired a generation of robotics scientists. As early as the 15th Century, Leonardo Da Vinci mixed art and science to inspire helicopters and tanks! It must also be working for my comic books too: “Sir Fong” was listed a National Library’s top ten most borrowed list in 2009, and The Straits Times called it a “Children’s Bestseller” in 2010. Based on the borrowing records, people are reading the latest Book 3 even after the school exam period is over.
Instead of inspiring a hundred-plus students a year, my books now reach thousands. So you see, this ex-RI teacher has also expanded his role. My ultimate goal is to inspire the next Albert Einstein or Stephen Hawking. Also, who says Sir Fong need only have adventures in Science? Why not Maths, or History?
That is, of course, just a beginning. Afterall, I’d only visited a small portion of Singapore’s schools, and many more have yet to discover Sir Fong comics.
Please come visit at STGCC Booth J14, Suntec, Dec 10-12th
To celebrate, I will be selling the Sir Fong Trilogy at the Singapore Toy, Games and Comic Convention 2010 from 10th – 12th Dec. My booth is J14, and special giveaways are prepared for all of you who come to Suntec and celebrate with me. Your presence, and support, will help me move on towards greater inspiration! Thank you!
Yours sincerely,
Otto Fong
Posted by otto fong at 6:19 PM 1 comment: