Shout Out to the Comics Club at Ahmad Ibrahim Primary! 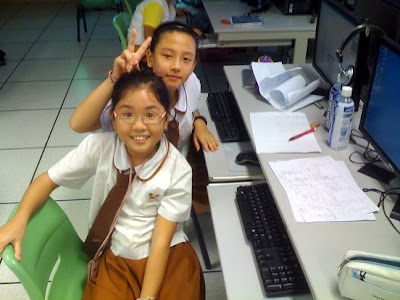 Hi guys and girls! It's been a whirlwind of a crash course in comics! In the last 5 weeks, I tried to cram in many useful stuff like linework, colour, facial expressions, word bubbles and sounds, so I hope to see you all apply what you have learnt! 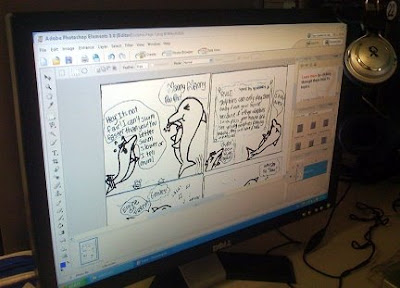 Now that you know how to apply cool colours to your drawings using the Paint software, please scan in your masterpieces and start splashing on them paints! 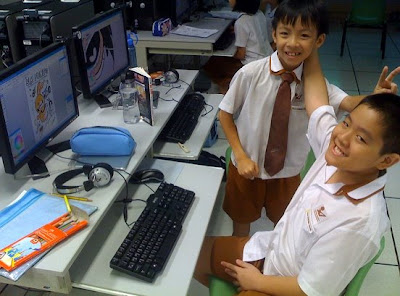 When I was young, I painted whenever my art teachers asked me to. So I had a lot of opportunity to show people what I could do. That's not call showing off - it's called learning to share! 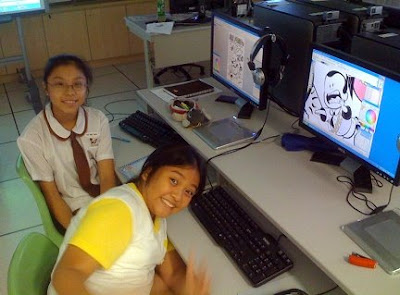 If you have the gift of being able to draw, you must must must draw! 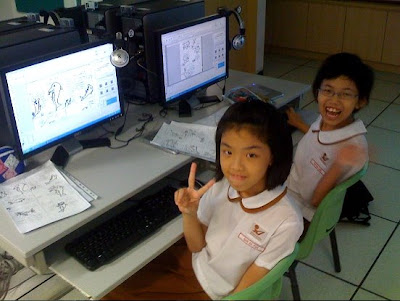 Don't be afraid of your friends who may criticize your works - see them as feedback that can help you improve! 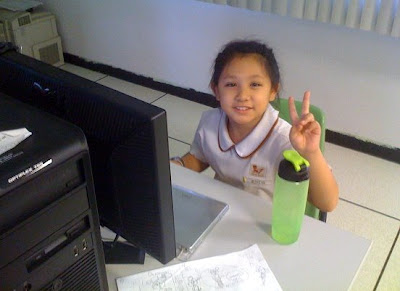 As long as you continue drawing, it will bring you a lot of happiness for many many years!

And don't forget - draw what your teachers ask and don't see them as homework. See them as chances to show the school what you can do better than most people!

And thanks for sharing your drawings with me - keep doing that and I'll make sure you learn even more than what you learnt these 5 weeks!

Comics in Schools? My goodness no! 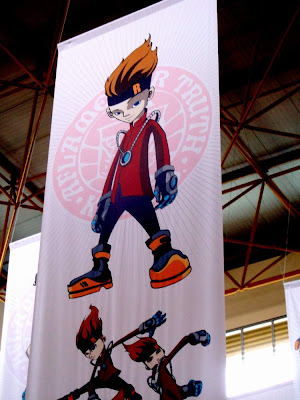 There is a common belief: comics promote violence and bad attitudes. I don't know where it originated from. My guess is that many years ago, some Hong Kong martial arts comics were popular amongst gangsters? Maybe some of the more outlandish Japanese comic books gave people the belief that comics are bad for kids. 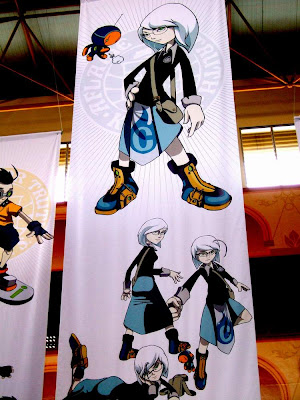 Some people ban comics from schools altogether! Of course, I think people need to see the very good stuff comics are and not just the bad stuff. 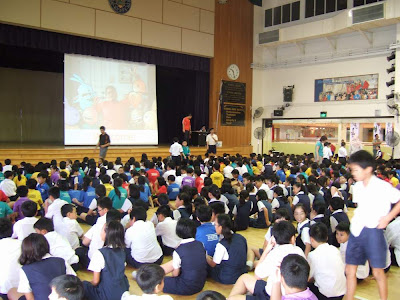 Comics are simply drawings that tell stories. Some stories can be great, and some not so good for us. To ban comics from schools totally is like . . . banning cars because some drivers drive badly! 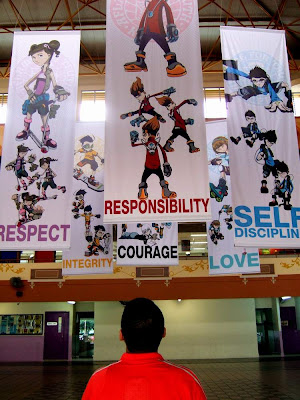 These few weeks, I have been busy and fortunate to visit Canberra Primary School (in Yishun), Kuo Chuan Presbyterian (in Bishan) and Ngee Ann Polytechnic (in Bukit Timah). These schools see the potential of comics to make study more interesting and memorable for students. 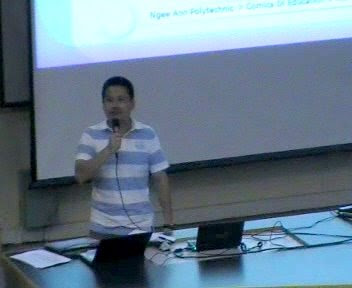 Comics are actually very important - if used correctly. Use comics to inspire imagination - and when the students grow up, their imaginations can become great realities. 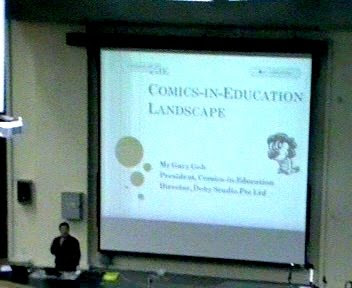 How can we make our world a better place if we lack imagination? 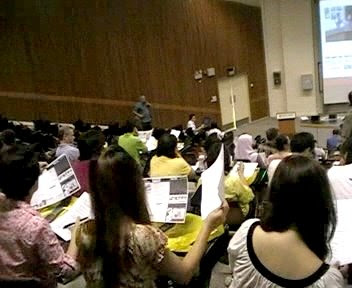 Singaporeans are ambitious. We want to make a difference in the world. My mission is not very different from the educators I met in Kuo Chuan, Canberra and Ngee Ann: use the correct images to inspire our kids. My medium just happen to be comic books! 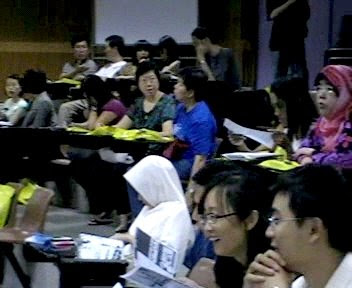 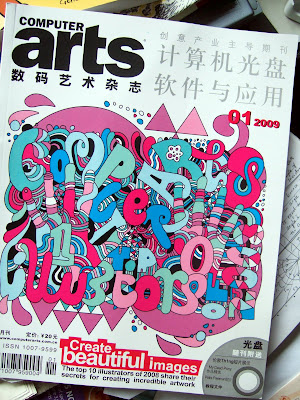 It's been a while since I was interviewed/filmed by some press in China (I can count them with my fingers), haha. So when China's Computer Arts conducted an interview via email for Liquid City, I was delighted and flattered. 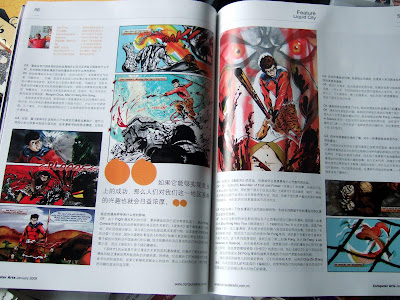