Today, The Straits Times' Life! section carries an article by Kezia Toh. It talks about a new Discovery Channel programme called "Sci-fi Science" hosted by Professor Michio Kaku.
In my workshops and school visits, I insisted that we should not poo-poo science fiction. 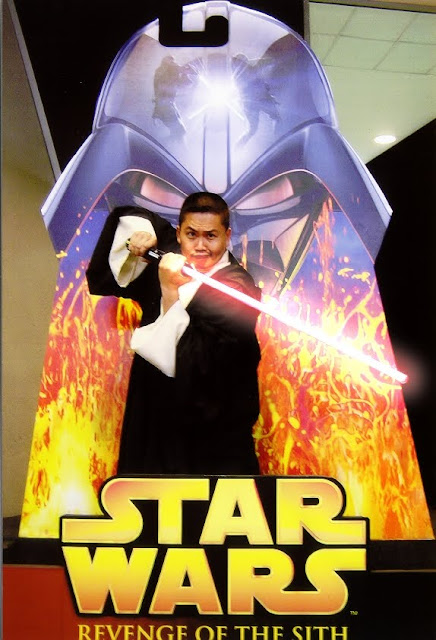 Certainly, the gaps in many sci-fi shows are as big as Black Holes. For example, space battles are usually noisy, but we know that sound cannot travel in the vacuum of space. Or if Peter Parker (Spiderman) was really altered by a bite from a radioactive spider, he wouldn't spew webbing from his wrist. He would spew webbing as a spider really would: his butt. Or Lightsabers can exist as a finite length of particle (Star Wars). Or creatures on Pandora (Avatar) consistently grew six limbs but the Na'vis somehow managed with four. 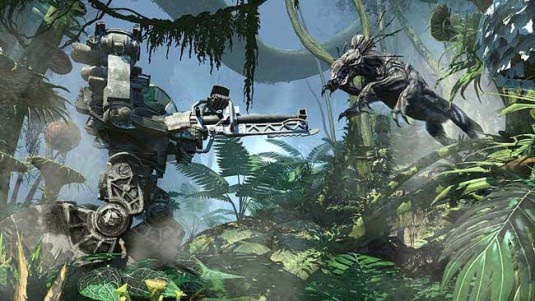 Certainly there are big gaps between what we know as Science, and what sci-fi stories present. Some of us see those gaps as unbridgeable.
But consider this: Once upon a time, before humankind can fly, the skies belonged to the birds.
Then one man imagined humans flying. He sketched out a drawing of a man flying with some weird contraption.
You can imagine his friends all laughed when he showed them the drawing.
"That's impossible!" They knew that flying was impossible at that time, but somehow they believed it would never happen. To them, that drawing was a work of fiction. Science fiction!
We know it's possible. Because we fly in airplanes all the time now. 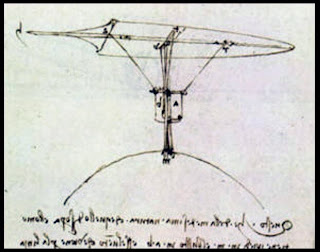 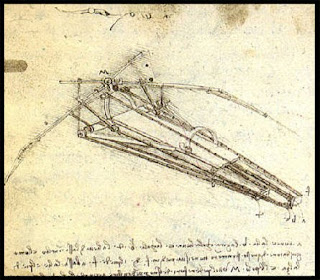 That artist/scientist was Leonardo da Vinci. His sketches of human flying remained with us as a reminder that our imagination should never be taken lightly.
I was having a conversation with Professor Leo Tan (often known in Singapore as "Mr Science Centre") when he mentioned Flash Gordon as one of his favorite movies.
Dr Michio Kaku knows that the difference between science fiction and science is simply a matter of time. He believes that the gap can be bridged. He even thinks that time travel is possible! 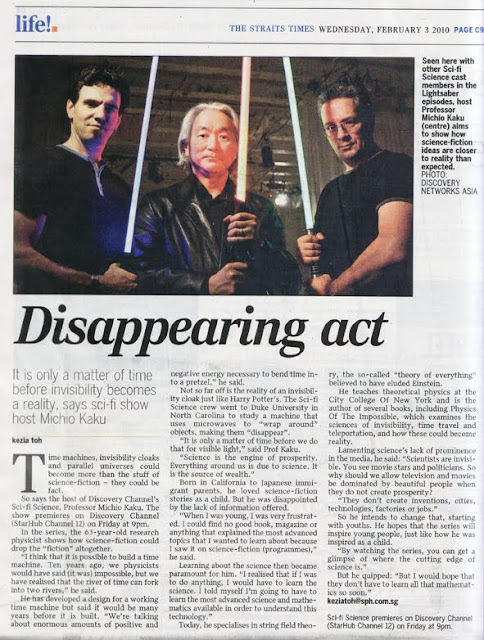 Science educators and parents do a great disservice when they focus only on the acquisition of science knowledge (usually for grades). If the students' imagination are not acknowledged, and if students only studied Science as unchangeable facts, then Science will not advance.
Without Science and imagination, there would be no "inventions, cities, technologies, factories or jobs" (Prof. Michio Kaku).
So do tune in to Sci-fi Science on Fridays (Starhub Channel 12) on the Discovery Channel!
Posted by otto fong at 11:07 PM